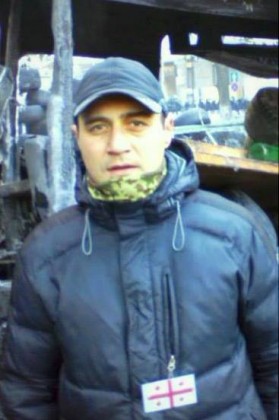 Citizen of Georgia. Member of the Youth Movement “Free Zone” and party “United National Movement”. Stayed at Maidan from the very beginning. On the 20th of February got two bullet wounds at the barricades near the Central Universal Shop. Died in the ambulance car. Survived by his wife and a one-and-a-half-year-old son. Buried in Tbilisi.